Visual Art in the spotlight when NIO opens in Norway

The Chinese Tesla challenger NIO has established in Europe, with Norway as the car manufacturer’s first market. The first NIO House outside China has opened centrally at Karl Johan in Oslo. In 2022, four NIO Spaces will open in Bergen, Stavanger, Trondheim and Kristiansand. Visual Art has, among other things, delivered a specially built LED screen over two floors which, to say the least, is eye-catching.

That NIO has chosen Oslo as the first city in Europe to roll out its electric car concept is not surprising as electric cars accounted for 54% of the total number of newly registered passenger cars in the country last year. Norway is very far ahead in the development of electric cars and for NIO it is about making a real impression on the market from the start. Their showroom, or NIO House as it is called, is housed in a very large room with two floors right next to the Grand Hotel in central Oslo.

–  Even though the room itself, both in terms of size, location and design is startling, NIO wanted to do something extra to enhance the store experience. And that’s where we at Visual Art came in and have been able to deliver custom-built LED solutions that are impossible to miss when you come in, says Pontus Meijer Chief Revenue Officer at Visual Art.

In total, there are two giant LED screens of approx 40 square meters. One of the screens goes over both floors. The screens are specially designed and built according to a modular design, but also to fit into the interior in general.

–  It is technically challenging to build screens of this size, not least because the environment must be completely dust-free and dry for it to work. This is a fantastic project to be a part of and really shows how digital communication channels can enhance the overall store experience, Pontus Meijer concludes.

Visual Art is not only responsible for the hardware solution in the project, but also for the CMS system, Signage Player, which will be used to control the content on the screen. The content itself also poses ongoing challenges given the size of the screens. Something that Visual Art’s Design Studio continuously advises and consults NIO about. 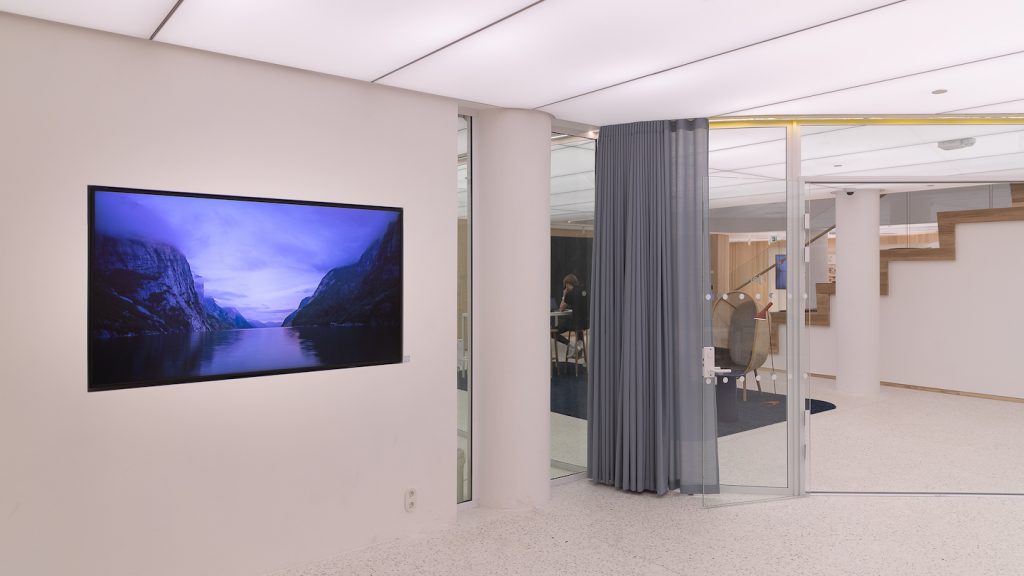